LUPEC February: Eye of the Needle

FEBRUARY 1, 2012: "Ada Coleman!" These words were uttered by the dolled-up dames of LUPEC Seattle in order to gain access to the jewel-box speakeasy Needle & Thread, which sits hidden above the main room of Tavern Law in Capitol Hill.  Utter the right password into a rotary phone on the north wall, and a vintage bank safe door cracks open, allowing passage to the secret bar upstairs.

The speakeasy trend may be long over, but every time I visit Needle & Thread, I get a little thrill speaking the secret phrase into the phone and hearing the safe door buzz open (they let me in!), the anticipation building as I climb the stairs.  What mysteries await? Who will be there? What will the bartender concoct for me when I request "something with gin and Chartreuse, no citrus"?

The sense that you are at an exclusive, clandestine party where anything might happen is reinforced by the bar setup at Needle & Thread.  There is no menu; instead, you tell the bartender what you are looking for in your cocktail (something brown, bitter, and stirred, for example), and the bartender lets his or her creativity fly.  On this occasion, the ladies behind the stick were Allison Milner and Monica Buntha.  Allison and Monica rose mightily to the challenge of LUPEC broads clamoring for variations on the Manhattan involving amaros, Champagne cocktails spiked with rum, and other libations.  There were even some involving flame! 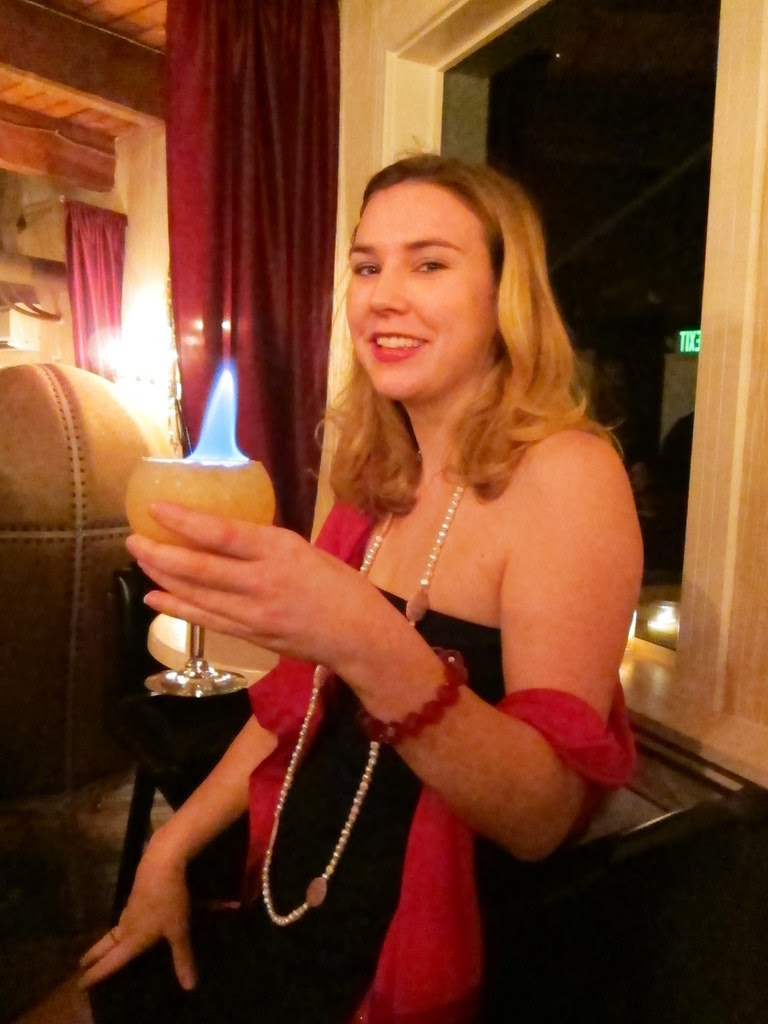 A gin joint done up Prohibition-style seemed an appropriate place for LUPEC members to gather.  A group of whiskey and bitters-loving females is not so earth-shaking now (though still challenging to Lemon Drop and Cosmo stereotypes and the Boys Club), but if it weren't for cultural and political changes during the early 20th century, a group of dames gathering en masse for regular cocktail-swilling at bars (and paying for their own damn drinks) would be rather scandalous. So don't forget to raise a glass to our flapper forebroads for tossing out their corsets in favor of hot jazz, Pink Ladies, and loose morals!

At the gathering, the ladies did in fact toast an important forebroad, a patron saint of LUPEC, Ada Coleman.  Fittingly, party goers had to drop her name for entry (although rumor has it that a certain LUPEC member gained admission with a much naughtier phrase).  Ada Coleman was certainly a pioneer in challenging the Boys Club--she was head bartender at the American Bar at the Savoy Hotel at a time when there were few women bartenders, invented the Hanky Panky, and even patented an invention for an adjustable book cover--handy for keeping books open behind the bar (US Patent 1,698,391, if you're curious). Ada was highly influential during a golden time of the cocktail, providing mentorship to other famous bartenders, and she continues to be a role model today.
After cheering for Ada, sipping drinks by Allison and Monica, and enjoying stimulating conversation with strong, interesting women, ultimately the time came to say good evening, and ladies slipped back downstairs, through the secret exit, and out into the brisk February night air.  The hidden exit is yet another sexy touch at the Needle & Thread, adding to the sense of being in a magic space: regular bar patrons might see you go in, but they never see you leave. It's almost as if you were never there.

Big thanks to Anne Magoon and Monica for offering to host us and also for the great goodie bags! Don't forget to use your free brunch cocktail coupon! And of course thanks to Tracy Meeker who volunteered to write up this month's blog post, well done!
Posted by Tracy Meeker at 4:39 PM No comments: