LUPEC gathered in the near past at Bastille's back bar to drink some House Spirits cocktails and to raise money for Murray Stenson. 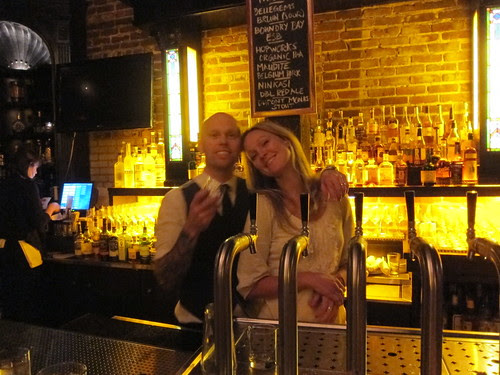 The evening started with a Swedish Finn  (Punch featuring House Spirits Distillery's  Krogstad aquavit. Additional ingredients in the punch were lemon, allspice dram, sparkling apple cider  and nutmeg. Bastille served it with the smoked salmon (Pacific Northwest's answer to pickled herring?), arugula and chanterelles. All the drinks that evening were enjoyable, but this was my favorite drink of the night. The punch gave a nod to the season, and the aquavit gave it a nice hint of anise without over powering the blend of flavors.
Next we moved on to a classic Gin Rickey which was made with House Spirits' Aviation Gin.  As a brief aside, you may not know that this gin is named with the Aviation cocktail in mind.  House Spirits' targets a gin with a clean, neutral profile and faintly spicy finish.  It's not a London Dry, it's a new American style.  Bastille served a bruchetta with shaved broccoli, cheese, tomato and house made frommage blanc. 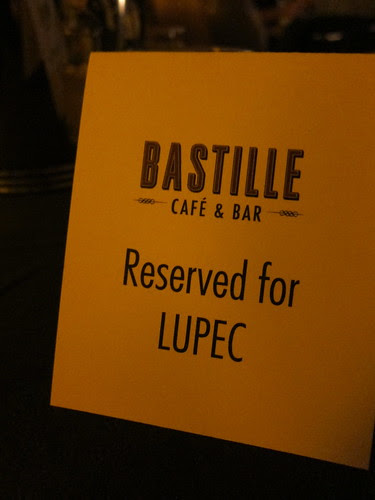 Finally we had a barrel aged cocktail called the Four Saints Cocktail. This cocktail showcased House Spirits White Dog Whiskey. byrrh, cynar and orange bitters rounded out the ingredient list. This was paired with a pumpkin soup with a brioche bun.  Like all barrel aged cocktails the barrel aging rounds out some of the rough edges and was a good presentation for the white dog whiskey. 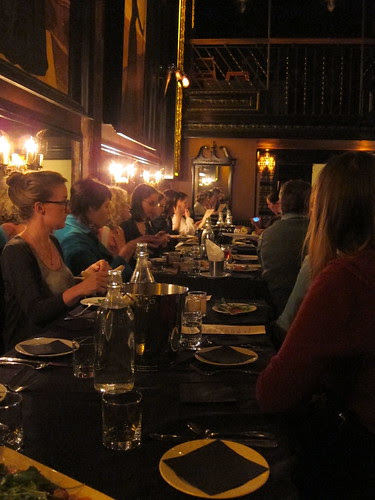 The drinks, food and comradery of LUPEC may be why we all come out, but for me the best part of this evening was raising money for Murray Stenson. Murray who has been a great ambassador to the cocktail community. Murray has made many of us the first vesion of a classisc cocktail. For me, The first time I had a Liberal, it was served to me by Murry. I am proud to say the we raised $1545 in cash, and Bastille kicked in another $1000 from our bills for a total of $2545! Much of this was due to the LUPEC Queen Bee's, (Wendy Miller)  'force of nature' personality as she asked patrons who came in during and after LUPEC for donations. We hope that Murray is well soon. 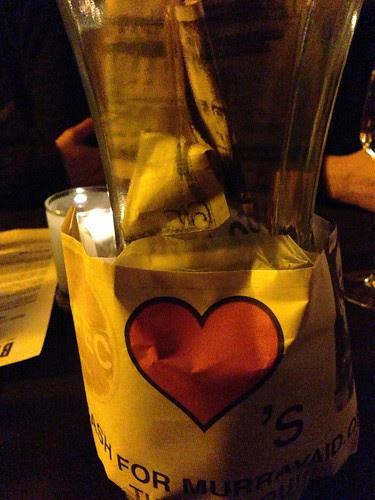 A big thank you to House Spirits and Bastille for hosting a lovely evening.

And a big thank you to guest blogger Jen Burch who has been in the group since the very first meeting. Also huge thanks to guest bartender and SF LUPEC lady Brooke Arthur, everyone at House Spirits and everyone at Bastille, these are a fine bunch of generous folks!

LUPEC Seattle really appreciates all the businesses, brands and bartenders who have hosted us over the past year and have helped us when we try to give back to the community. Happy holidays and cheers to a wonderful new year! ~Wendy
Posted by Wendy Miller at 12:41 PM